I recently re-strung a racket for a client who bought the racket from Tennis Warehouse. As most avid tennis players know, if you buy a racket from TW and buy string for it, they will install the string for free.

For example, you can get Luxilon 4G installed by TW for $17.95. A player who bought the 4G from TW and brought it and the racket to me would pay an additional $15.

Of course, as is often the case in life, you get what you pay for. I was surprised to see terribly tied knots on the free string job from TW pictured below. I was under the impression that many (most?) of the stringers at TW were United States Racquet Stringers Association Certified Stringers or Master Racquet Technicians, but apparently not. Or, if so, then the USRSA certifier in San Luis Obisbo is not doing his/her job well. Or, perhaps the stringers there are just rushing to crank out rackets. Whatever the case may be, poorly tied knots can often be symptomatic of poorly installed strings, so it is not surprising that this customer had to have the racket restrung so soon after getting it. 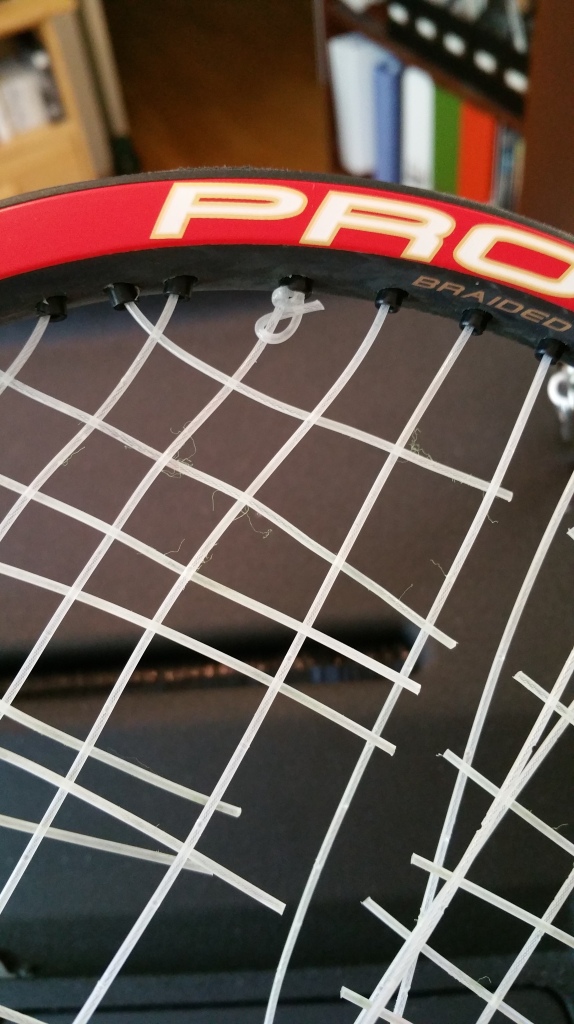