The final numbers won’t be in for a while, but I was organizing my string reels for the ITF Pro Circuit Wake Forest Futures at Wake Forest University (USA F17) and thought I would provide this preliminary string check photo.

From left to right: Luxilon reels, Solinco reels, and all other reels (Head, Kirschbaum, Toalson). 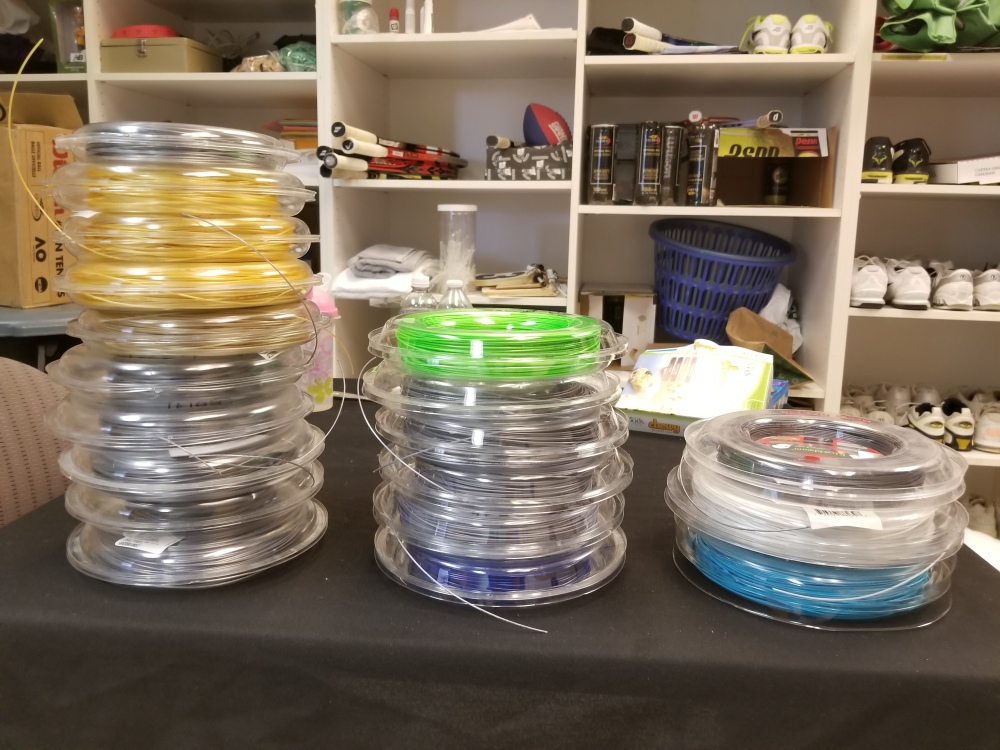 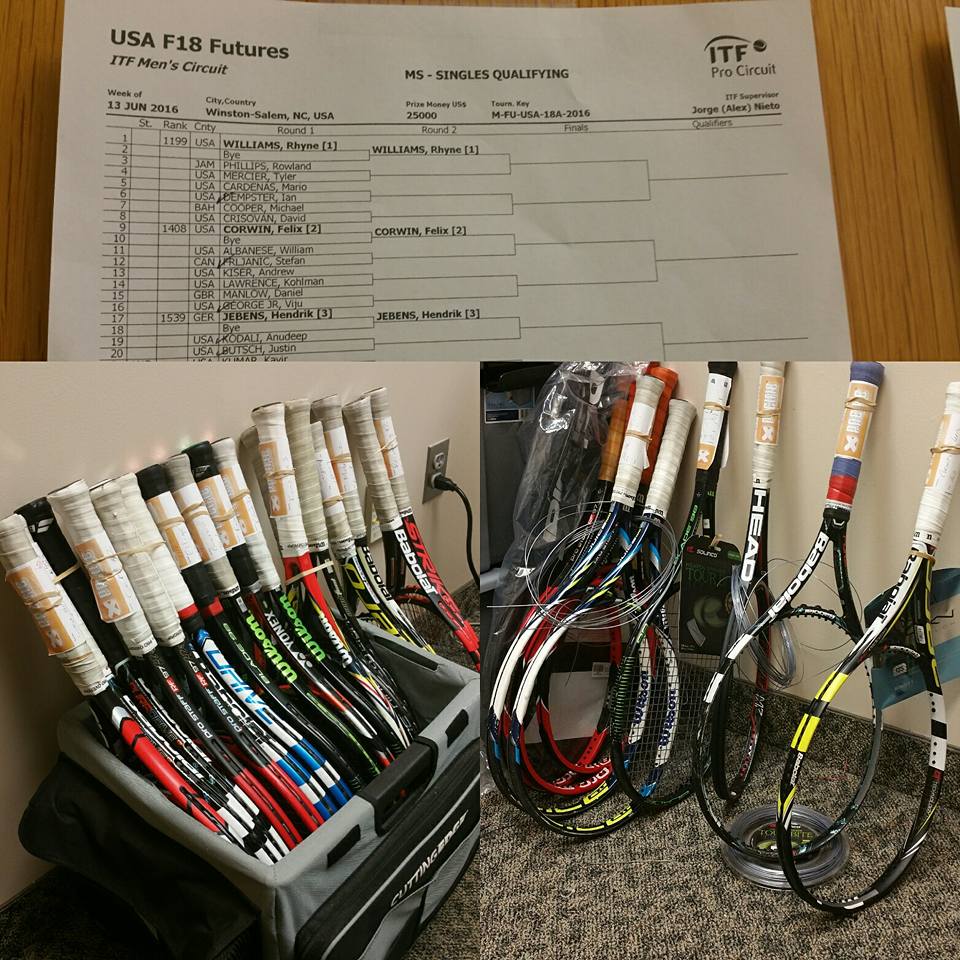 Three racket companies dominate competitive tennis: Babolat, Head, and Wilson. Together these three brands accounted for 81% of all the rackets I strung at the ITF Pro Circuit Futures of Winston-Salem recently.

By comparison, at the NCAA tournament they accounted for 94% of all the rackets I strung.

At the Futures of Winston-Salem, t  he racket brands broke down as follows:

The biggest surprise of the bunch was the Gamma RZR Bubba, a 137 square inch, sub-10 ounce racket used by Matt Seeberger, who won the Futures of Winston-Salem doubles championship with Julio Peralta.

Here are the brands of string we saw in our stringing room:

On the ATP World Tour, Luxilon is still the dominant string, but we do see more Solinco string there, too.

More in later posts on racket brands and tensions.

As noted previously (here and here), I recently spent 2 weeks as one of the official on-site stringers for the NCAA tennis tournament at Baylor University in Waco, Texas. Although we had some competition from off-site stringers who aggressively solicited business away from us, the four members of the MOZI Tennis team still strung several hundred rackets. This included the women’s doubles champions from Alabama, and the men’s singles, women’s singles, and men’s doubles finalists (from Wake Forest, Stanford, and Texas).

I personally worked on rackets for 49 different players from 27 teams. This included 18 women from 12 teams and 31 men from 15 teams. Although this is not a random sample of all players in the tournament, it is a fairly diverse group of players.

For these 49 rackets, the string tensions I observed were:

I find it interesting that even though men can generate more power on their own than women, women tend to string tighter than men. Part of this may be due to women generally using more open string patterns than men, but it is also the case that each player develops their own feeling for the optimal string tension for their particular racket and game. To wit: the highest recorded tension in our stringing room was 69 pound mains and 68 pound crosses.

A few string brands were most common:

Pacific was overrepresented because I strung all of the rackets for Wake Forest men’s tennis team which has an agreement with Pacific.

Racket brands are even more concentrated than string brands:

An amazing 94% of players used one of three brands.