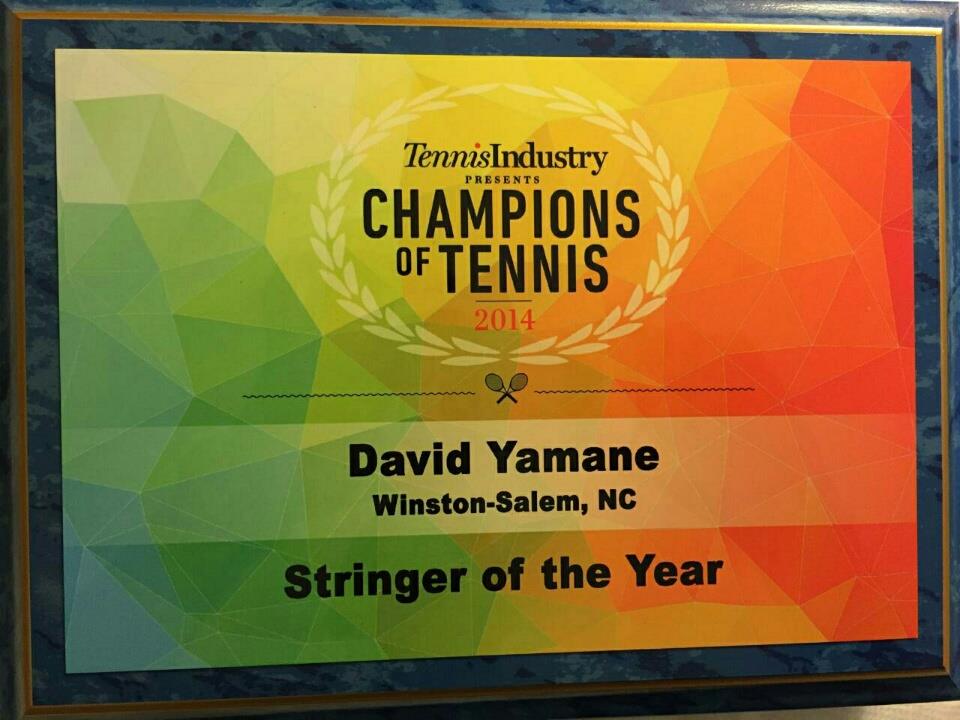 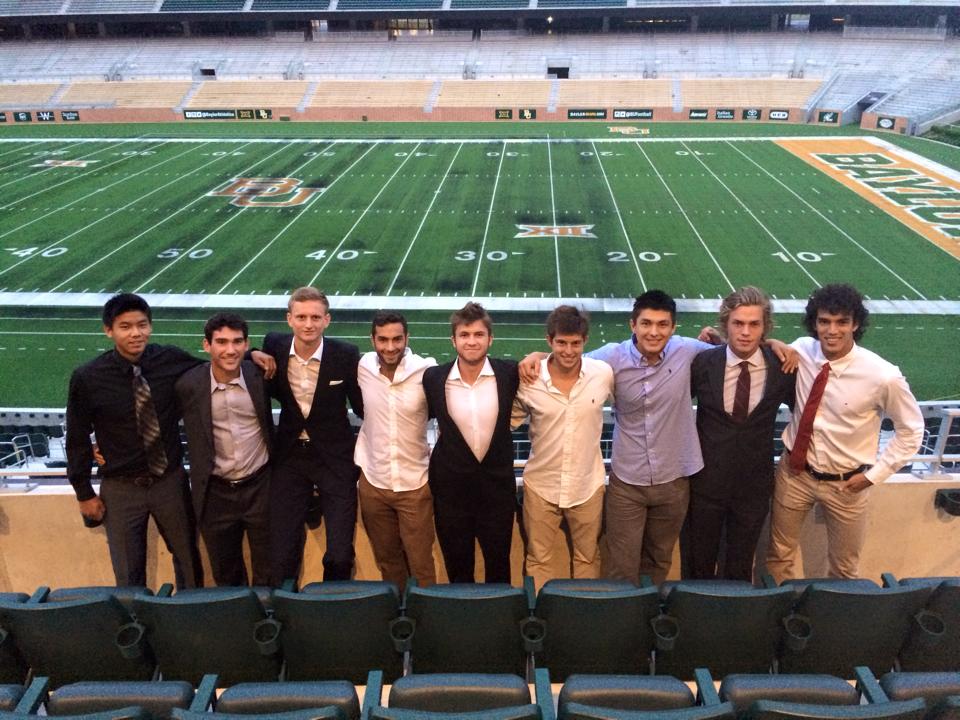 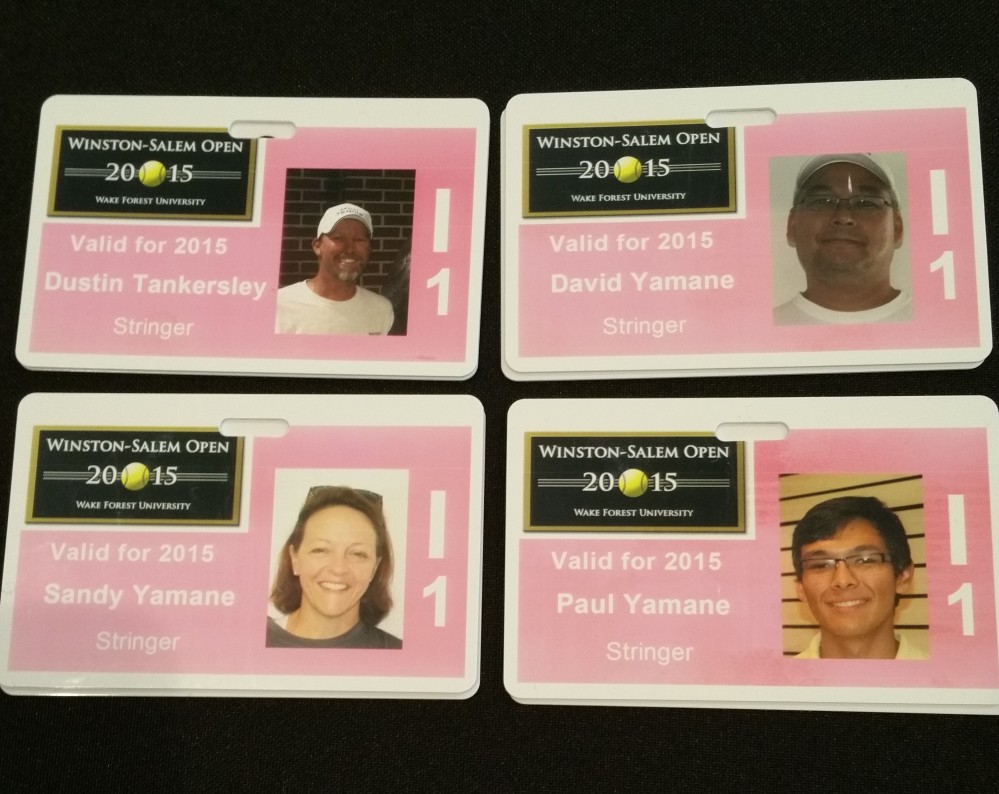 As noted previously (here and here), I recently spent 2 weeks as one of the official on-site stringers for the NCAA tennis tournament at Baylor University in Waco, Texas. Although we had some competition from off-site stringers who aggressively solicited business away from us, the four members of the MOZI Tennis team still strung several hundred rackets. This included the women’s doubles champions from Alabama, and the men’s singles, women’s singles, and men’s doubles finalists (from Wake Forest, Stanford, and Texas).

I personally worked on rackets for 49 different players from 27 teams. This included 18 women from 12 teams and 31 men from 15 teams. Although this is not a random sample of all players in the tournament, it is a fairly diverse group of players.

For these 49 rackets, the string tensions I observed were:

I find it interesting that even though men can generate more power on their own than women, women tend to string tighter than men. Part of this may be due to women generally using more open string patterns than men, but it is also the case that each player develops their own feeling for the optimal string tension for their particular racket and game. To wit: the highest recorded tension in our stringing room was 69 pound mains and 68 pound crosses.

A few string brands were most common:

Pacific was overrepresented because I strung all of the rackets for Wake Forest men’s tennis team which has an agreement with Pacific.

Racket brands are even more concentrated than string brands:

An amazing 94% of players used one of three brands.

I have strung rackets at the NCAA Division 1 tennis tournament on three previous occasions, in 2010, 2012, and 2014. Each time the tournament was held at the University of Georgia in Athens, so I would drive down two days before the start of the event and leave before the quarterfinals of the team competition were contested. Basically just working 3-4 of the busiest days of the event.

In Athens, I was an unofficial off-site stringer working for the team stringer for another ACC school. That meant I was holed up in a hotel miles from the University of Georgia tennis complex. In the three years I worked the event, I only saw a couple of matches — and had to pay to see those to boot.

This year was very different. I was hired by my friend Dustin Tankersley whose company, MOZI Tennis, won the contract to be the official on-site stringer for the tournament.

The stringing room was in the press box of Baylor University’s softball stadium. It wasn’t an ideal location, since players and coaches didn’t know where to go for stringing, but it had plenty of windows and a nice view, which was a huge improvement over stringing in a hotel room off-site.

From the hallway leading to the press box, we could look out over Baylor’s incredible outdoor tennis complex. We could only partially see matches on court, but we could keep track generally of what was going on court. This was especially important this week because Waco experienced a tremendous amount of rain. 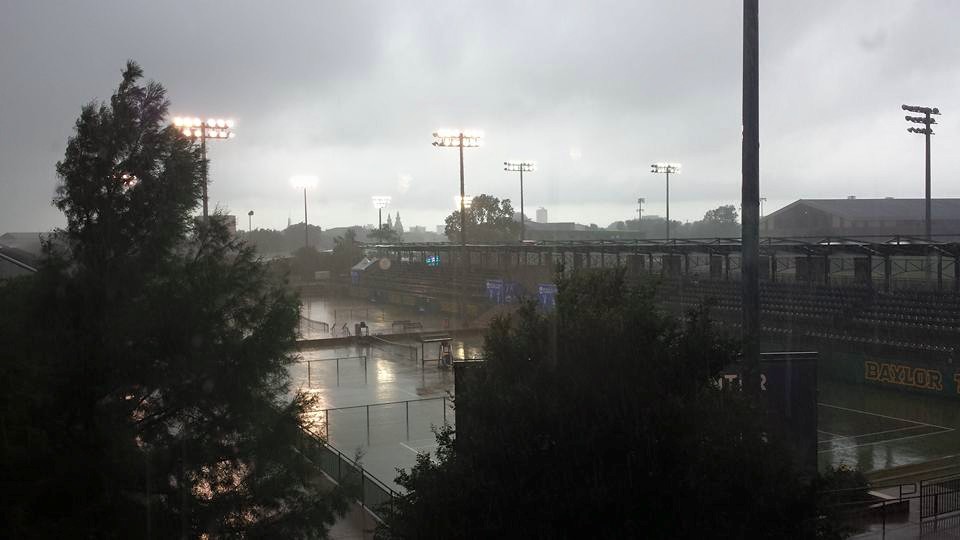 Being on-site was also a particular bonus for me this year because Wake Forest’s men’s team qualified for the Sweet Sixteen, and Noah Rubin, Romain Bogaerts, Skander Mansouri, and Christian Seraphim all competed in the individual tournament. It was easy for me to sneak away from the stringing room to catch the Wake matches, including Noah Rubin’s history run to the men’s singles final.

A final benefit of working for Dustin was the opportunity to work alongside other stringers whose professionalism is unquestionable. Dustin is a member of the Wilson/Luxilon International Stringing Team, and has strung at the U.S. Open, Australian Open, China Open, and other major tournaments. Also on the team were two other Wilson stringing team members, Joe Heydt and Todd Mobley. Joe owns Racket Corner in Omaha, Nebraska, and Todd owns Stadium Tennis in the Atlanta area, is the Captain of the Wilson stringing team, and was the 2009 Tennis Industry Magazine Stringer of the Year.

But enough about me. In my next posts I will review the strings and tensions we saw most commonly in the tournament, and then I will reflect on some lessons to be learned from stringing this sort of tournament.

I am wrapping up a 13 day trip to Waco, Texas for the 2015 NCAA Division 1 Men’s and Women’s Tennis Championships hosted by Baylor University.

The structure of the NCAA tennis championships is interesting. 64 teams make the tournament, with the first two rounds hosted by the top 16 seeds. So, for example, Wake Forest was the #12 seed, and hosted a regional with Florida, George Washington, and Pepperdine.

Wake Forest beat George Washington in the first round, then Pepperdine (who beat Florida) in the second round. Wake Forest then headed to Waco where the final four rounds of the team event were contested. (Alas, losing to Texas Christian University in the Sweet 16, who then beat North Carolina to make it to the Final Four.)

So the tournament in Waco begins with 16 men’s and 16 women’s teams, competing from Thursday through the following Tuesday when the national championships are decided. This year, the University of Virginia defeated the University of Oklahoma in the men’s final and Vanderbilt beat UCLA in the women’s final.

And in case you missed it, for the first time ever, a Wake Forest player is competing for the national championships. Noah Rubin is looking to add to the honors he has already won this year, which include ACC Rookie of the Year, ACC Player of the Year, and ITA National Rookie of the Year.

That is a lot of tennis over a little less than two weeks, both for spectators and for players. Consider someone like Virginia’s Ryan Shane. Playing #1 for the team, he competed in 4 singles matches and four doubles matches (albeit 8 game pro sets) in winning the team title. Tomorrow against Noah Rubin he will play in his 6th singles match in the individual competition’s quarterfinal round. And he played in – but lost – a doubles match in the individual competition.

Of course, a lot of tennis means a lot of rackets to be strung, which after all is the main reason I am here. More on that in my next post. Stay tuned!