I am wrapping up a 13 day trip to Waco, Texas for the 2015 NCAA Division 1 Men’s and Women’s Tennis Championships hosted by Baylor University.

The structure of the NCAA tennis championships is interesting. 64 teams make the tournament, with the first two rounds hosted by the top 16 seeds. So, for example, Wake Forest was the #12 seed, and hosted a regional with Florida, George Washington, and Pepperdine. 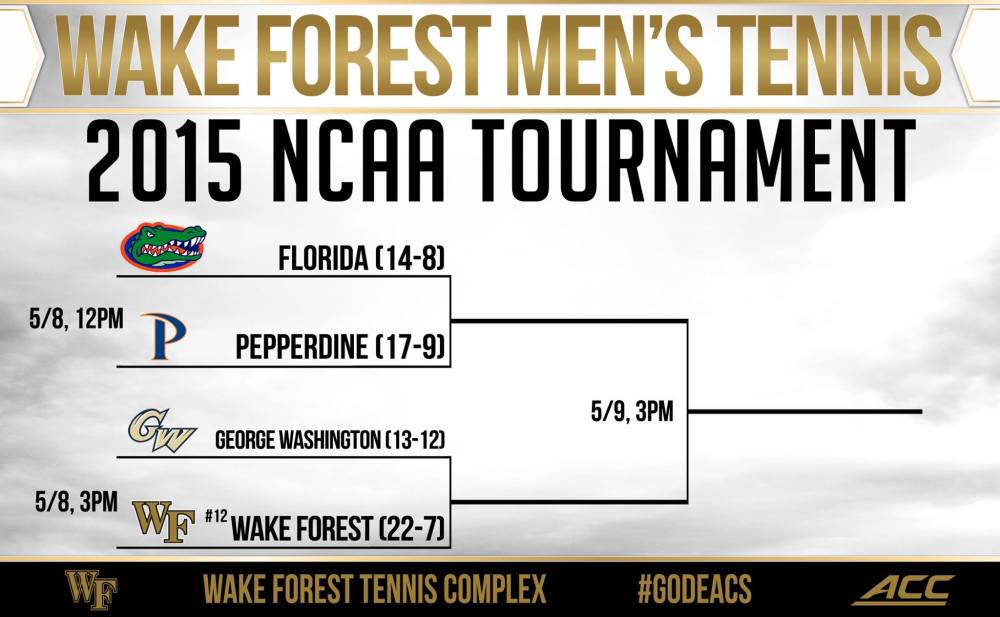 Wake Forest beat George Washington in the first round, then Pepperdine (who beat Florida) in the second round. Wake Forest then headed to Waco where the final four rounds of the team event were contested. (Alas, losing to Texas Christian University in the Sweet 16, who then beat North Carolina to make it to the Final Four.)

So the tournament in Waco begins with 16 men’s and 16 women’s teams, competing from Thursday through the following Tuesday when the national championships are decided. This year, the University of Virginia defeated the University of Oklahoma in the men’s final and Vanderbilt beat UCLA in the women’s final.

And in case you missed it, for the first time ever, a Wake Forest player is competing for the national championships. Noah Rubin is looking to add to the honors he has already won this year, which include ACC Rookie of the Year, ACC Player of the Year, and ITA National Rookie of the Year.

That is a lot of tennis over a little less than two weeks, both for spectators and for players. Consider someone like Virginia’s Ryan Shane. Playing #1 for the team, he competed in 4 singles matches and four doubles matches (albeit 8 game pro sets) in winning the team title. Tomorrow against Noah Rubin he will play in his 6th singles match in the individual competition’s quarterfinal round. And he played in – but lost – a doubles match in the individual competition.

Of course, a lot of tennis means a lot of rackets to be strung, which after all is the main reason I am here. More on that in my next post. Stay tuned!